The idea of this exercise is create a real life approve workflow.

To do it you should: 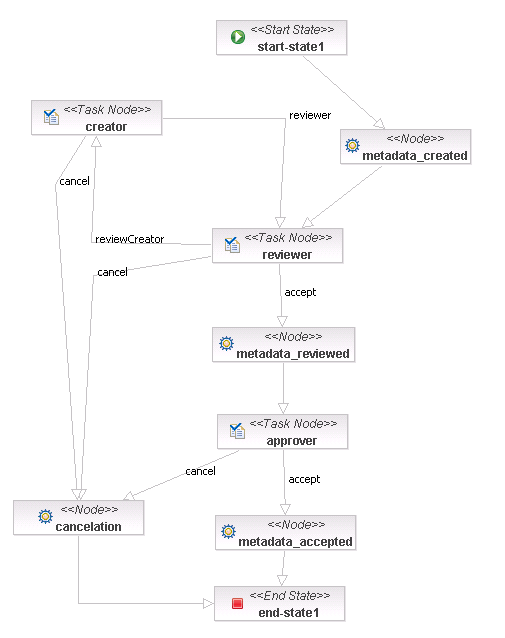 For changing metadata property group use the code:

In this case we have created nodes to make the actions. We made it with the idea to be more clear, but in real case we suggest using transactions for doing this kind of logic ( updating metadata ), because workflow will have less boxes.