Difference between revisions of "Task Manager"

Each task can be asociated to one or several documents, folders, mails or records.

Each task has assigned some status. Status list can be maintained by users with administration grants. As can observate in next screenshot each status can indicate task finished or not. For example in list which appears in next screen can observate than status called "Cancelled" or "Finished" indicates the task is not active. 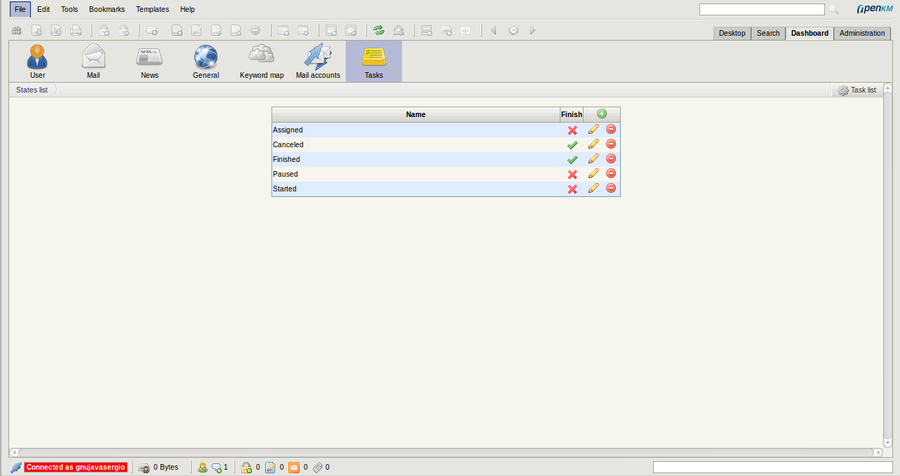 Each task has assigned to some project. Project lists can be maintaned by users with administration grants. In next screenshot can view a project list. 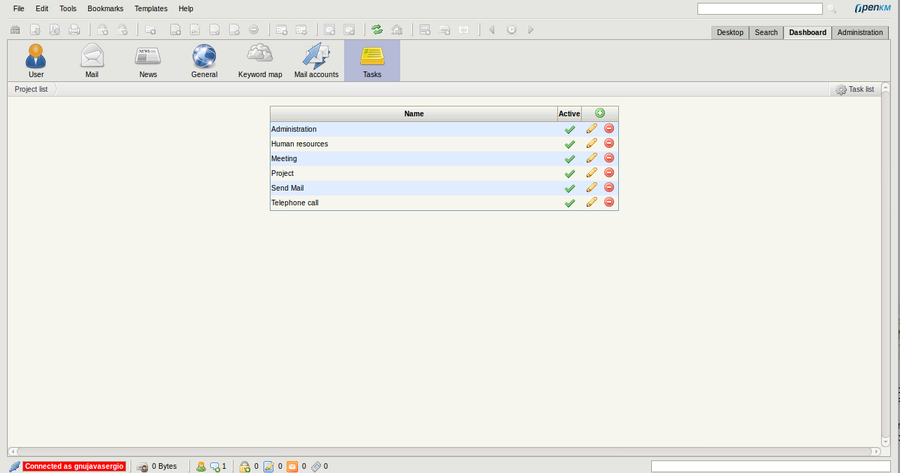 then will be shown a form ( note that some fields are mandatory ): 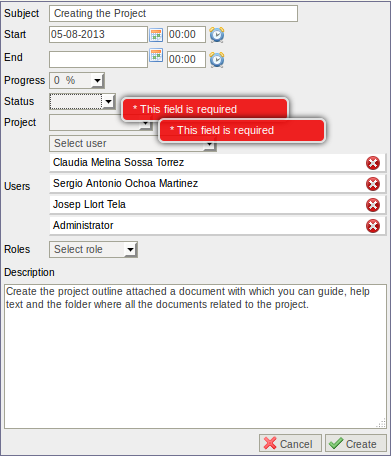 Then click on create button, in this screen will be able to add related documents, folders, mails or record. For do it click on seach document icon

(search folder, search mail or search record depending the case): 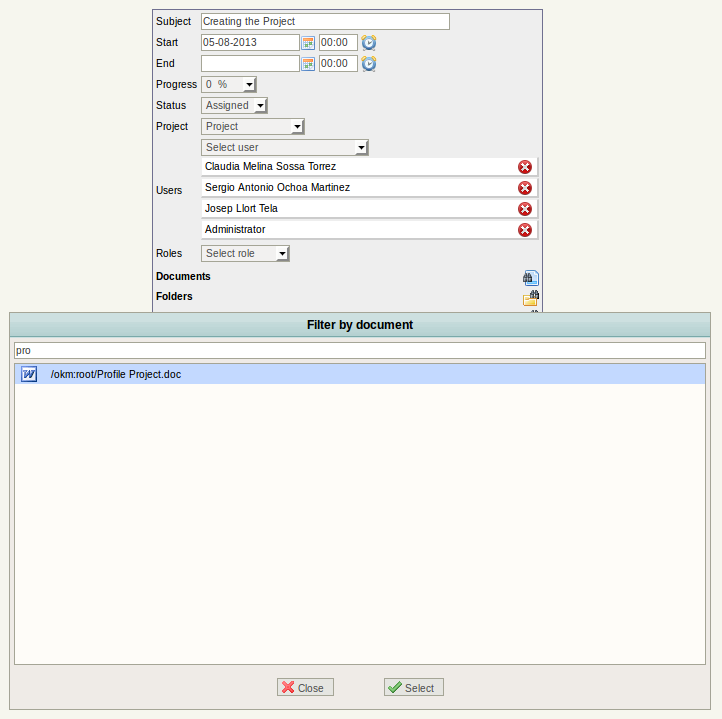 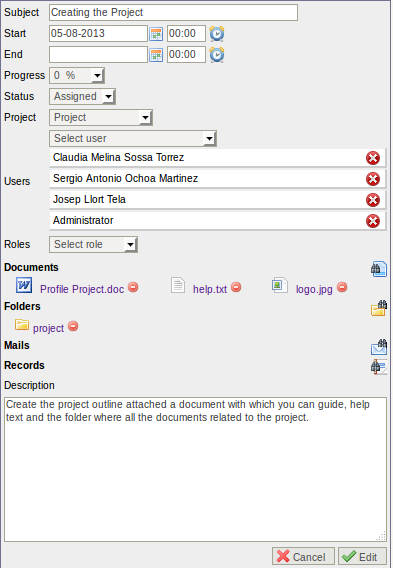 User with assigned task which are not the owners - creator - only are allowed to modify the status, the task progress or add related documents, folders, mails or registers as is shown in next screenshot: 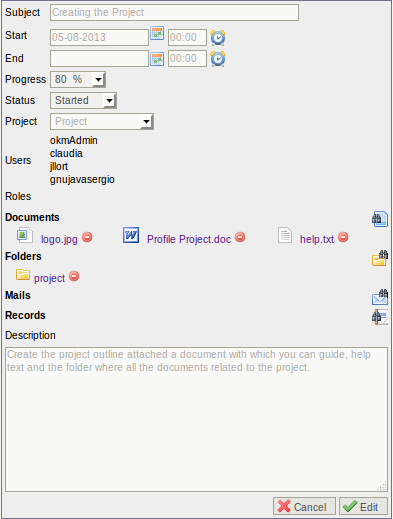 Can filter task by assigned task or created task and by status or project. In next screenshot can view task filtered by tasks created by the user. 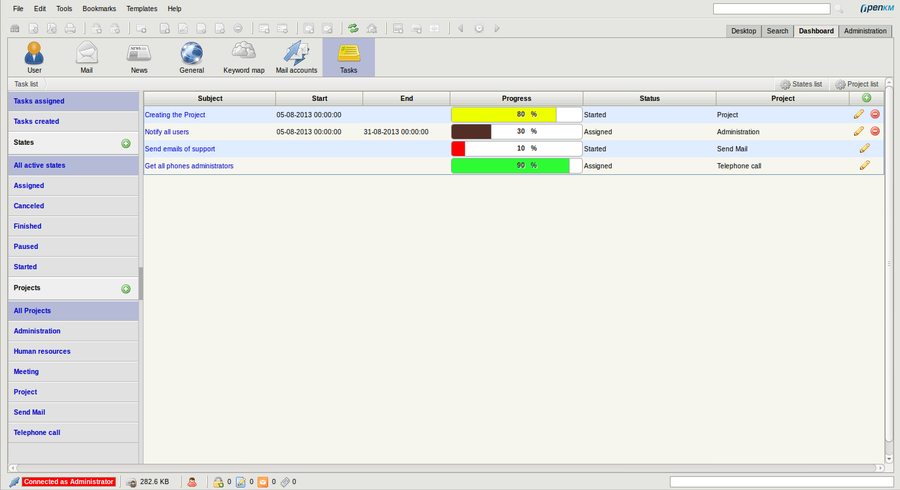 In next screenshot can view task filtered by assigned task to the users. As can be shown delete button only appears in case user is the creater ( owner ), otherside this option is not available. 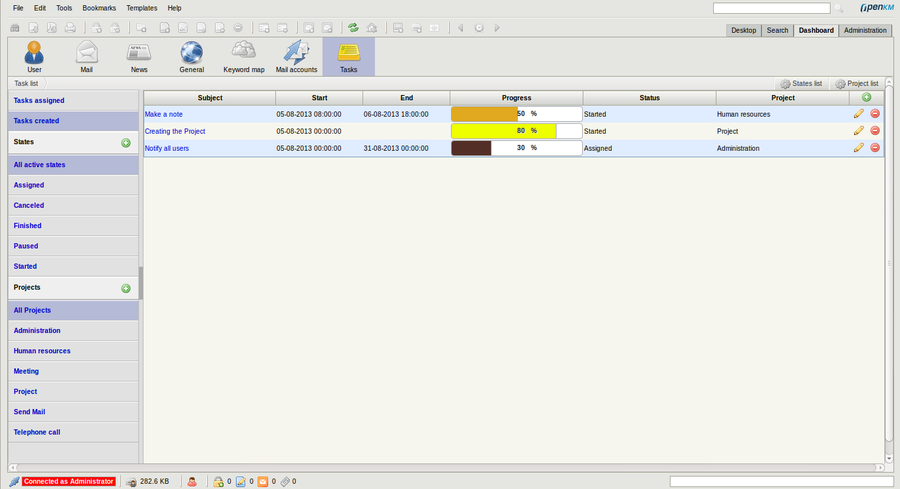 There's a tooltip feature which allows to show all task data from this view when the cursor is over the subject task. 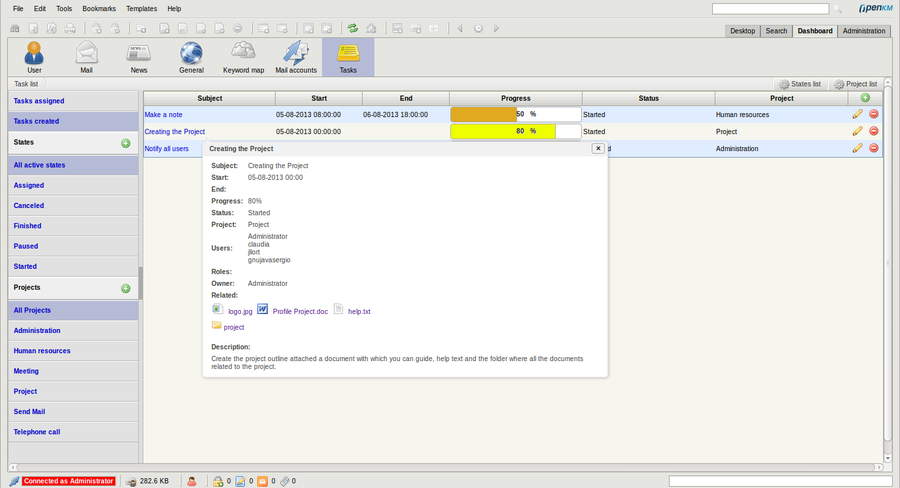